On Friday, January 30, the Baltimore Symphony Orchestra gave their second of three performances of Gustav Mahler’s Symphony no. 3. The performance served not only as a testament to the work that Marin Alsop has done with the ensemble, but also as a metaphor for the necessary work of all musicians in the 21st century, and in the North American cultural scene particularly. 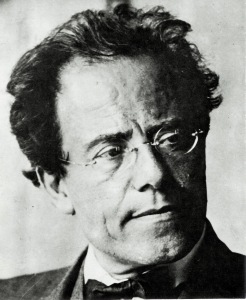 The first two movements were particularly exquisite; sumptuous blending, careful shading, and intentionally placed raucous outbursts (particularly at the apex of the first movement, which felt infused with true Bacchanalian essence), allowed Mahler’s symphonic world to come to life. When properly realized, even Mahler’s most monstrous movements communicate through their perfectly organized—and, paradoxically—compact form. Alsop’s keen balance between the individual moments and the wider sweep allowed this, perhaps most difficult, aspect of Mahlerian wonder to shine.

The other element that demonstrated the influence of Alsop’s leadership was the phenomenal chamber work in the first movement. When I first heard the Baltimore Symphony in 2006, in a performance of Shostakovitch 11 under Yuri Temirkanov (which included a terrifying incident where one of the front desk cellos fainted), I was impressed by their power and heft. At Friday’s performance, I was astounded to hear that symphonic power balanced by the agility and tight communication of a chamber ensemble.

For me, these two elements are essential outcomes of Alsop’s work with the orchestra: balancing the large-scale form with small-scale moments, and engendering the kind of musical communication that can navigate between orchestral tuttis, chamber playing, and all shades in between.

Though these aspects were certainly present in the second movement as well, the third movement displayed a few traces of mid-symphony fatigue that is only natural in a ninety-minute composition, perhaps only noticeable because of the clarity of the opening forty minutes: a sense of effort rather than effervessence, or some slight intonation and blend issues here and there. 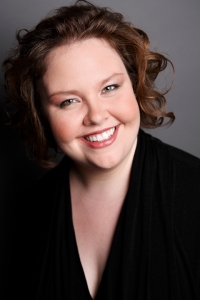 The fourth movement featured acclaimed mezzo-soprano Jamie Barton, who brought the text to vivid life with a glowing tone that easily filled the hall while at the same time remaining focused throughout the Nietzschian meditation—vibrato warming for expressivity, rather than existing as a de facto ornament. The fifth movement, including the Peabody Children’s Chorus and the women of Baltimore Choral Arts Society, had a few slight synchronization and text declamation issues at the beginning, but once things were up and humming (literally and figuratively—the “bim bams” were consistently bell-like and golden), the blend and effect of this Wunderhorn excerpt were superb.

The final movement seemed to settle into a sense of pervasive wonder, facilitated by a return to the chamber ideal of the opening movements. Indeed, the opening string passages called to mind the late Beethoven string quartets (the Heiligerdankgesang, in particular) in their tone, and the rapturous final moments brought the crowd to a standing ovation upon completion.

What I heard on Friday was a wonderful orchestra that is continuing to transform and tighten its potential to communicate. I believe Alsop has world-class, top-tier aspirations in mind for Baltimore, and her approach continues to elicit success. The slight baubles that could be heard are evidence not only of a necessarily human idiom, but of ongoing metamorphosis. We can learn a great deal from this: as artists continuing to create in the milieu of the 21st century, our mistakes and missteps are moments that can lead us to transform how we think, create, and practice. And by balancing what we do in the small scale and local communication with where our overall vision takes us, then we are more likely to create those musical worlds that we seek.